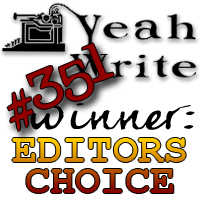 When I think of Linus I always remember his hands. They were huge, like the rest of him: slabs for palms and sausage-thick fingers that always seemed to be dusted with flour. On another man they might have been intimidating, but not on him; these were the hands that gently kneaded and pinched the soft dough, coaxing it to the shape of his choosing, a skill that seemed to us akin to witchcraft, even more so because he would never let us see how it was done. “Ah ah,” he would say with a shake of his head, a smile twinkling in his eyes. “A magician never tells.” We would protest in secret delight, hoping that he might take pity on us and give us each a piece of buttery, flaky croissant as a consolation, with an instruction not to tell our parents.

For as long I can remember we would drop in to his shop once a week after school to pick up rolls for mum. I loved the smell of fresh dough, and the way Linus (always Linus, never Mr Kowalski) would greet me and my sister like adults: “And what can I get for the young ladies today?” His English was perfect but thickly accented, which only added to the heady thrill of his shop and the feeling that you had stepped into another time and place entirely. But most of all I loved what he called his ‘creations’, the breads shaped like animals that lined the shelves at the window, welcoming passers-by. Rabbits, cats, and his speciality, hedgehogs, each one moulded with great care so it would bake and rise just so. Sometimes, if one had not quite come out as he had hoped, we would find it in the bag alongside the crusty rolls that mum insisted we buy, despite my pleas for her to consider a change. I was sure that if she did so she would be an immediate and total convert, but she never did.

To me, Linus was old in the way all adults are to children: unthinkably and unthreateningly. He had been in the town for longer than our parents had been alive, but this meant little to us. Children see age as a constant property, not as a progression; those we knew who had died had either done so in accidents or random illnesses or, as far as we were concerned, had always been old. But still, I was aware of things changing: we came home more often with charred or broken animal bread, the queues in his shop became gradually smaller, and I recall my mother returning one day with rolls not in the paper bags Linus gave but wrapped in plastic from the supermarket.

These small shifts, however, did nothing to prepare me for the shock of one day finding tall, t-shirted men carrying boxes and wooden tables out from the shop. I darted inside, leaving my sister following, to find Linus sitting at the counter, which was now stripped of the till and small basket he kept for tips. Perhaps it was the nakedness of the shop, but he stood and looked, for the first time I had known, tired, like his body was a coat several sizes too big for him.

“What’s happened?” I cried, unable to keep the distress from my voice.

He seemed to squint at me from beneath his shaggy eyebrows, then shrugged. “It has been a long time.” With a sudden movement, as if he had remembered something important, he reached down and picked up a brown paper bag and held it out to me. “Here – I made them for you and your sister.” I stepped forward to take it, but he pulled it back. “No, wait, I will give them to you as a surprise. Hold out your hands.”

We closed our eyes. I felt something warm and soft in my cupped palms, and I saw a perfect, golden hedgehog, its spikes delicately plucked upwards and a crooked mouth carved into its face. Impulsively I ran forward and hugged Linus, my eyes threatening tears. “Thank you,” I said, and burrowed my head into his apron as he stroked my hair soothingly.

We held our presents carefully all the way home, solemnly, as though they were china vases or funeral wreaths. It was only when we ate them that evening that we realised they were sticky and raw in the middle, and that they tasted unaccountably of salt.

Note: I have edited this post slightly since it first appeared.

This site uses Akismet to reduce spam. Learn how your comment data is processed.