We declare war over breakfast.

Hostilities have been building for some time, but today I have carefully positioned the salt shaker by my right elbow. For you to reach over and grab it would be an unprovoked invasion of my personal space, so instead you lower your cutlery.

“Could you pass the salt.”

I continue sawing at the stringy white fat of my bacon. There is a little tarry coffee left in the cafetiere that I bought three years ago, and that you refuse to use because you say it makes the coffee taste metallic.

As though I have just woken up I startle, and I look at you with mild surprise. It’s a carefully-constructed look, balancing inquiry and hurt at your tone with just a little too much openness. Neither of us are in any doubt about what it means.

“Oh for god’s sake.” Now you do lunge for the salt and pour it furiously over your hash browns. I study you doing this with a furrowed brow, then raise my eyebrows and slightly push out my lips in a quizzical expression. In the public relations battle for our unseen audience I have dealt a significant blow.

Now is the time for a tactical retreat, to thoughtfully give you some space. When you’ve finished your hash browns and the rubbery mass of scrambled eggs I reach a conciliatory hand to take your plate, but you sweep past me to the sink.

I am amiable, nonplussed, and in a strategically advantageous position.

There are no further skirmishes that week. We are biding our time. But on Friday you go to bed early, complaining of a headache, and I make appropriate sympathetic noises while keeping one eye on Jonathan Ross. It isn’t until I hear the rumble of the bin lorry the next morning that I realise, and rush downstairs to haul the bulging bag outside. You couldn’t, of course, have been expected to fulfil your duties with a bad head, so it was me who humiliatingly drag-carried the binbag outside wearing my pyjamas.

Never mind. I’ll not go back to bed now; I’ll drink half a mug of tea, being sure to scatter sugar on the counter by the kettle, and leave the rest on top of the half-empty dishwasher, teabag still in the mug, ready for when you come downstairs.

This is war, after all. And all is fair.

Originally posted on The Pygmy Giant.

This site uses Akismet to reduce spam. Learn how your comment data is processed. 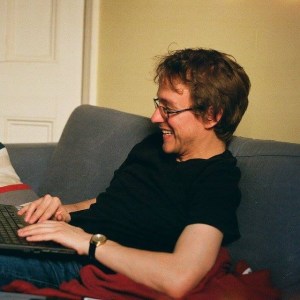